Intrigued by the temporary nature of projects and coupled with the destruction of war, I asked Jim to tell us more about the Afghanistan Rug Project. I felt as though this too would end and I wanted to know more. We sat down in L.A. in the Spring of 2015 and Jim elaborated on the project.

I wondered about things like, why he chose these rug designs to be made in Afghanistan. Besides the obvious fact the one can not produce in Iran, where many of these designs originated, due to the embargo the western world currently has on Persian rugs.

"After importing rugs from Afghanistan for many years, I became aware that weavers possessing great skill, patience, and integrity were working for next-to-nothing. The problem was an over-supply of rugs that, looking the same from village to village, and made entirely with synthetic dyes, were hard for Oriental rug retailers to sell. The designs had degenerated in the course of the 20th century, and the colors had also, to the point of being . . . red and black.",  Stated Jim.

Jim elaborated, "The weavers needed new designs with fresh colors, even if this required going outside their own village cultures to find them. But how could they source new patterns, living such isolated lives?  This is where an import company like mine comes in: by providing patterns that not only express the beauty and integrity of rug making traditions, but will sell to appreciating Oriental rug dealers, and their customers." Jim has acknowledged that many of the designs in the collection are of his taste, but not necessarily his designs.

The project is providing jobs for many families and when asked how it is possible to do this in Afghanistan, Jim answered, "A key factor is the stability of Afghan village life which is unlike the situation in cities." As you can learn from Jim, another essential factor is the basic timeless role that rug making plays in this culture.

Indeed, rug making is a vocation by heritage in this part of the world. But, changing political and economic factors always put this skill to test. In many parts of the weaving world, rug weavers must demand more as wages for labor are increased in growing economies. Afghanistan has yet to see such economic pressures as Turkey has for example. Yet, quality rugs demand higher wages by the weavers. In places like Romania, where they are now a part of the European Union, rug production has all but halted due to costs.

Weavers want to earn a quality living for their families. This project certainly helps achieve their goal. "In this way, weavers’ wages have gone up dramatically, as they should, since these rugs deliver much more value to the families who purchase them.", Suggested Jim. He continues by telling us that the weavers want to participate in the exchanges with people who appreciate their work and the value they place in creating such magnificant pieces. It is much like buying any form of art if you consider the handmade aspect of the material world. 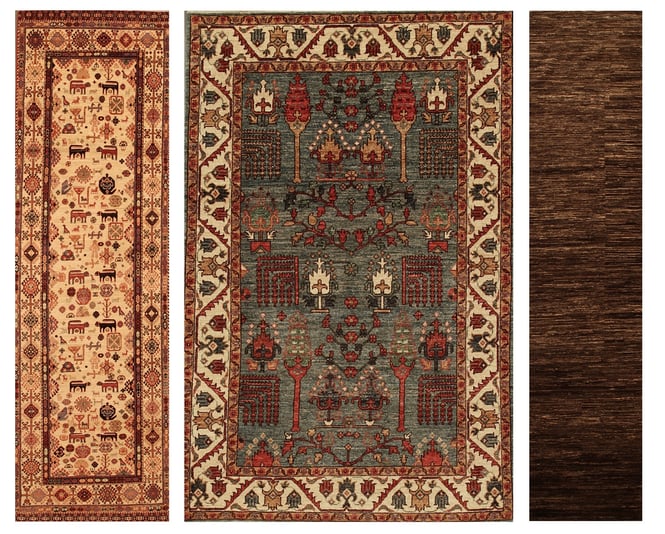 Jim concluded and summarized most of the conversation about the rug project by stating, "The weavers making rugs for The James Opie Collection all live in villages and work in their own homes. There are no rug “factories” or “studios,” as found in most countries in Asia’s weaving-belt. This keeps weavers near their children, and serving other essential family roles. Thus, all the looms are where all the weavers need to be, and where they are safe: in their own homes." 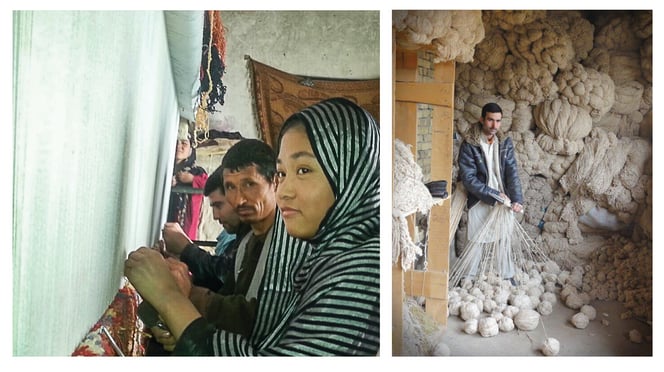 I want to thank Mr. Opie for his time and efforts needed to support this Afghani Rug Project. We recognize the challenges faced to produce such fine carpets and we sincerely appreciate his love of the craft and people who produce these beautiful rugs in our ever changing world.

Breaking bread with James Opie and his story of Nabi.