A Collection of Tibetan Rugs from Robin Gray Design

Posted by Janie Viehman on August 15, 2014 in Featured Rug Collections

Launched on May 20, 2013 Robin Gray Design’s Celestial Mirror Collection exemplifies her love for ancient Chinese culture. Consisting of six transitional rug designs, each area rug features one image from the Celestial Empire (a historic name for China). These images are then mirrored creating both intrigue and a presence of duality in the hand knotted carpet.

Gray not only has these Tibetan rugs made in Nepal, she also found inspiration for her more muted and subdued color pallet on her most recent trip there. Each rug consists of one-hundred knot Tibetan wool or wool/silk.

Gray shares, “I’ve always had a fascination with the romantic and aesthetic aspects of Asian cultures, and I think that’s evident in the Celestial Mirror collection. After my mother’s passing, I was even more inspired to explore the ideas of ancestry and eternal life that Chinese culture so embraces and honors.”  Below are detailed descriptions of the inspiration and intention behind each piece within the Celestial Mirror Collection. All eight designs are depicted however there is a number of other color-ways available. 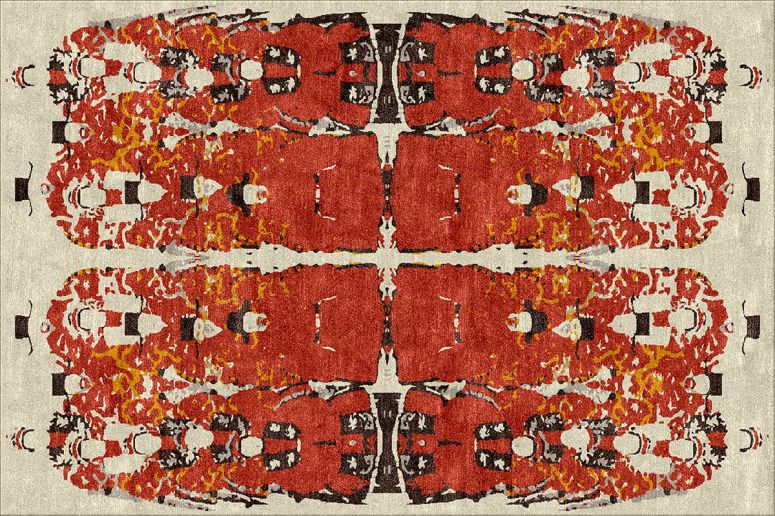 Fairy of the Magpie Bridge

“Fairy of the Magpie Bridge” is a poem from the Song Dynasty (960-1279 AD) telling the story of two lovers who meet on a bridge and question whether or not their love can stand the test of time. The poem is superimposed onto the rug design along with an interpretation of the fairy’s persona. 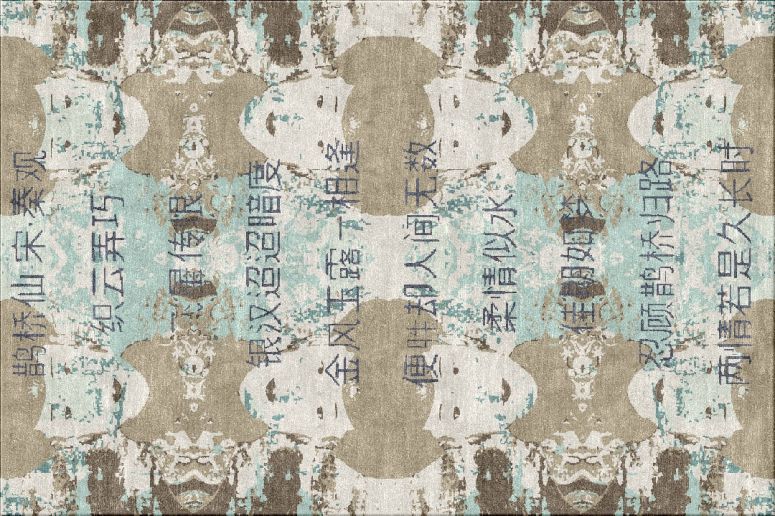 Ancient Chinese culture believed that a rabbit lived on the moon. This rabbit was the moon goddess’s consort and he never aged. This design is inspired and representative of the idea of immortality. 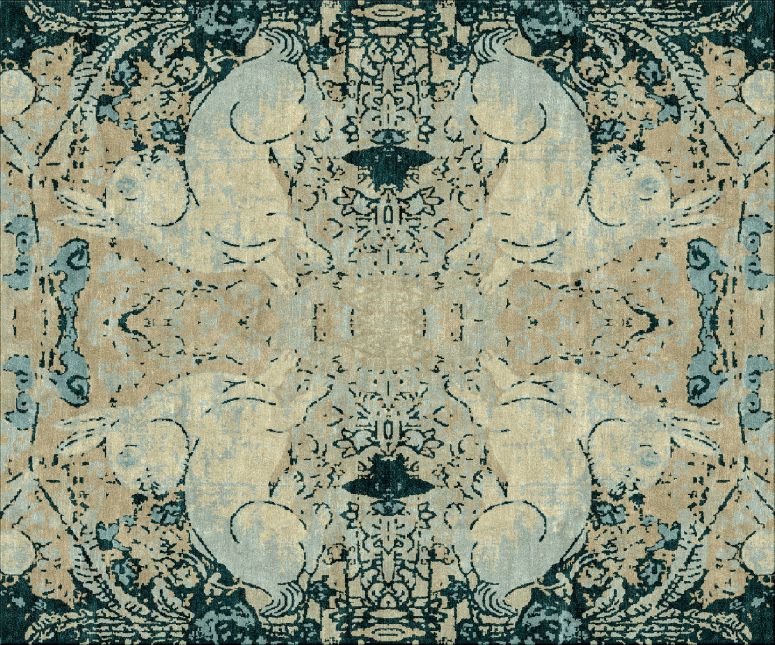 Despite the femininity of peonies, Chinese culture refers to them as the “king of flowers.” This design is representative of elegance, poise, good luck and friendship just like the flowers that inspired the piece. 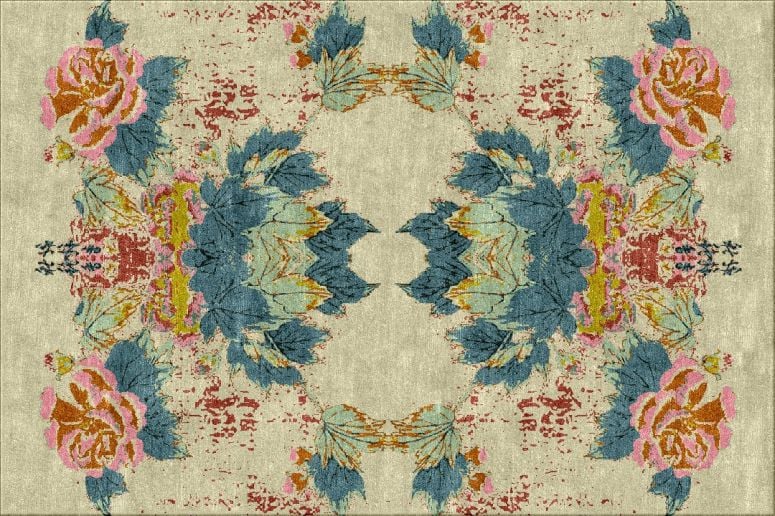 Chinese culture believes dragons to have the ability to transport human souls to the celestial realms. When this symbol is mirrored, as it is in this particular rug design, it becomes represented of eternity and connecting the living souls with the celestial. 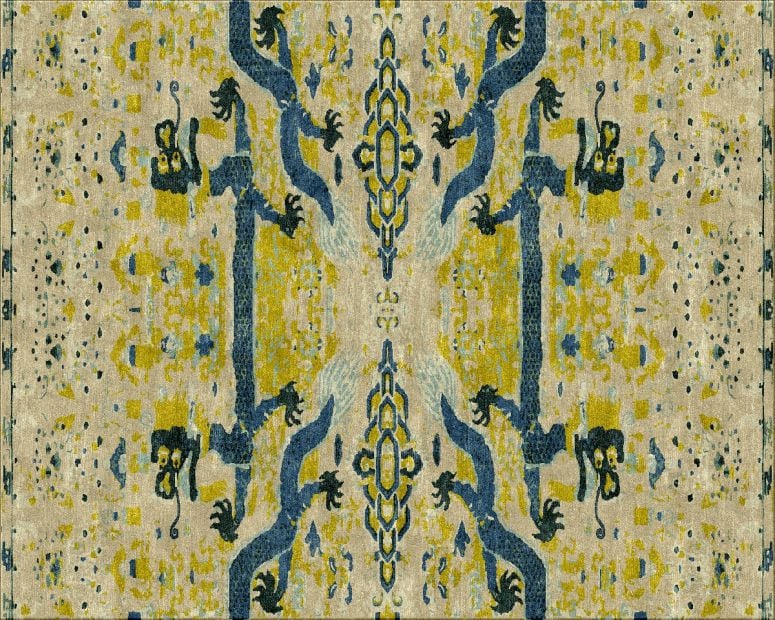 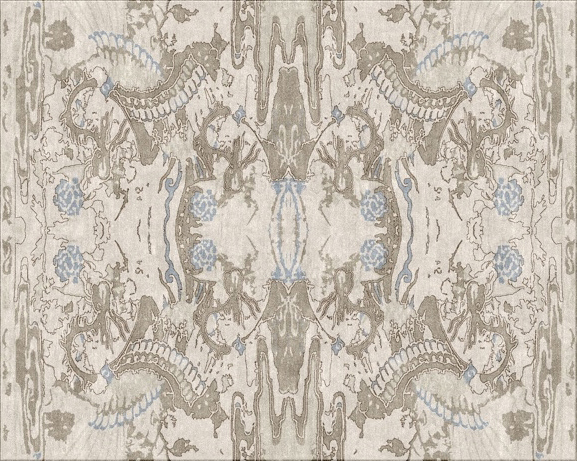 Inspired yet again by the ideas of Sheng Chi, this design hopes to evoke the image of a dragon through the use of flowers. These flowers were provided thanks to Sheng Chi bringing in life, water, wind, and soil to the earth. This design reminds us of the circle of life and the power of nature. 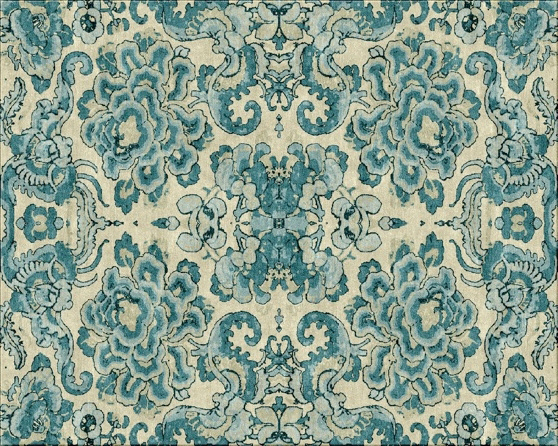 This design is based on a painting of China's only female empress. Empress Wu Zetian ruled the Zhou Dynast from 690-750 AD. She can be considered a bit controversial because she was the only female to come to such power in that time period. The inspiration behind this design reminds us of our ever-changing world. 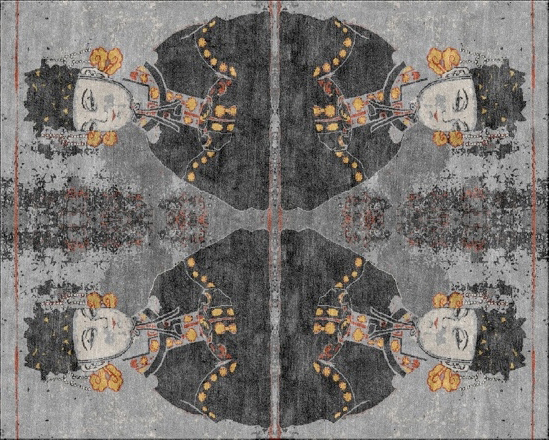 Learn more about Robin Gray and Robin Gray Design rugs by exploring the stories listed below.